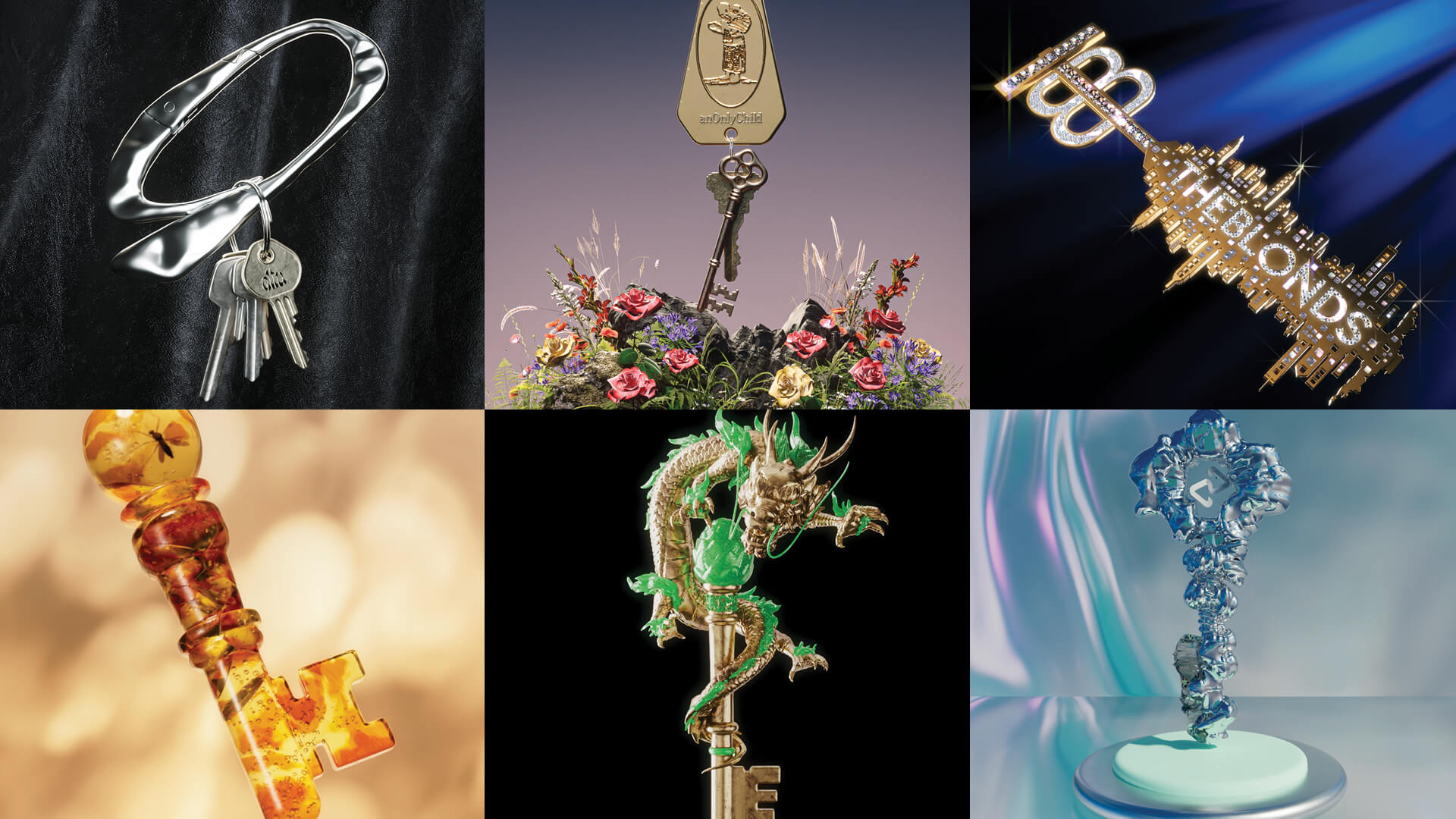 Fashion Week! A festival for the fashion world and a curious case of what’s new for fashion enthusiasts. Even though the industry puts on a hugely glamorous and innovative show countless times each year in the Big Four, namely New York, London, Milan and Paris, the world just can’t seem to get enough of fashion. In recent years, the shows have evolved from simple presentations to artistic performances. Despite being one of the most anticipated events of the year, the exclusivity of witnessing the wonders of fashion week hasn’t changed over the years. This year, Afterpay, the leader in Buy Now Pay Later (BNPL), is dropping the “keys” for New York Fashion Week 2022. To create the keys, presented as NFTs, Afterpay worked with five well-known fashion designers: Altu by Joseph Altuzarra, anOnlyChild, Jonathan Simkhai, Kim Shui and The Blonds.

Inspired by their spring/summer 2023 collection, each designer has created a unique phygital collectible. In addition to introducing fashion enthusiasts to the blockchain, digital art will also unlock real-world access to New York Fashion Week. In addition, each brand grants key holders exclusive benefits, including a choice of limited-edition products or NYFW experiences not traditionally available. Both the Designer NFT Keys and the Free Afterpay NFT are hosted on the Polygon Network, believed to be the greenest chain on the block, and will be made available in limited quantities starting August 23, 2022. Additionally, Afterpay states, “All proceeds from the sale of designer NFT Keys will be donated to Free Arts NYC to provide arts and mentorship programs to children in underserved communities in New York City.” Afterpay marks its third consecutive season with IMG work together to bring the Fashion Week experience to more consumers than ever before. Become an Official Running Partner for New York Fashion Week: The Shows.

Inspired by the ability of NFTs to express themselves beyond creative and technological boundaries, 3D artist Amy Kilner designed Afterpay’s Key. Presented in a pearlescent universe, the key seems to be constantly evolving. In the ebb and flow of expansion into a pseudo-organic summary of a key and retreat to its original form, the NFT appears like a digital organism breathing splendour. “It’s a statement that we’re entering a new era where access to NYFW is truly unlocked and where our digital world and real-world experiences are merging,” shares Afterpay.

With designs that encourage the plurality of individual identities, Joseph Altuzarra returned to NYFW last year with Altu. As the fashion world waits this year to witness the minimalist aesthetic the designer could bring, the brand’s NFT Key seems to be a manifestation of it. American photographer Mapplethorpe’s work spreads the message of embracing all parts of oneself in alternative aesthetic codes and continues to be a source of inspiration for the brand and key. In defining the Key’s design process, Altuzarra mentions, “I kept coming back to some Key photos throughout this process, working through the ways that queer people historically have continued to codify and signal their being in the world.” Altu’s Key offers Access to a special edition leather bag and oversized t-shirt or annual membership to one of New York City’s premier art museums.

“Old and new – like mother and child – cannot exist without each other,” says Maxwell Osborne’s anOnlyChild of the concept for their key. Two keys – one old and one new – hang from a gold metal pendant embossed with the brand’s mother and child emblem. The keys are presented over a hill of flowers that is in a perpetual cycle of rebirth. Possession of the key, which showcases the story of old and new, will award an exclusive invitation to an OnlyChild NYFW after-party or a limited edition bum bag from the brand.

Known for reinventing fashion for the modern cosmopolitan woman, Simkhai chose its NFT to reflect its Summer/Spring 23 collection. Borrowing from the same, Jonathan Simkhai’s Key is inspired by amber and its fossilized resin. Building on his interest in the stone believed to absorb negative energy and restore calming energy, the key appears to be a unique souvenir with well-known stories. The key unlocks a private meet-and-greet shopping experience with Jonathan or original, signed runway sketches from his new collection, which debuts September 13th.

Referring to the well-known identity in her designs, fashion designer Kim Shui created the key inspired by a recurring motif of her collection, a celestial dragon. Regarding the NFT’s material choices, the designer shares, “It’s a symbol of luck, strength and longevity, and we chose to use a mix of gold and jade to represent that.” Minting the Key would win the ticket unlock Kim Shui’s NYFW runway show or a Kim Shui hoodie featuring an oversized dragon.

Legendary fashion duo Phillipe and David Blond, who have graced the runway for over a decade, need no introduction. Drawing on her memories of 2000 in New York City, The Key represents fun, freedom, glamour, music and nightlife. With a significant presence during fashion week, The Blonds have always aimed to add glamor to the already glamorous world of fashion. Sharing inspiration for the collection and NFT, the duo explains, “It was all about excessive style and memories of those hot nights out and discovering their shared love of dance and music.” The Key is an exclusive invitation to the NYFW After- The Blonds Party or the opportunity to receive a signed copy of the forthcoming book The Blonds: Glamour, Fashion, Fantasy.

As the countdown to New York Fashion Week begins, designers, models, media, influencers and fashion enthusiasts seem to be turning their heads to capture fashion design’s most exclusive exhibition. Exclusive! A word that carries a lot of weight. Luxurious, sophisticated and accessible to the select few on the pyramid. While being drawn by the strategies of consumption, everything seems to be exclusive, every product and design is “exclusive”. However, digital collectors would also grace the seats of the famous catwalks with Afterpay’s NFT Keys, which retail for $100 this year. Amid trends in social life, can the new world we are creating from digital make the exclusive more accessible?

From collectible NFTs to blockchain-funded otherworldly crypto creations, STIR brings you the best fungible and non-fungible inspiration from the global fields of art, design and architecture. Continue reading here.