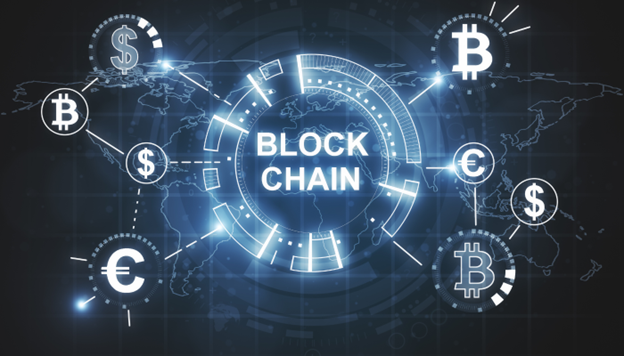 The irreversibility of blockchain transactions is often touted as proof of the security of crypto. Since a transaction cannot be reversed, scammers have no way of issuing a chargeback after sending money to purchase a product. It offers the ultimate protection for sellers – especially those who may have used a third-party service like PayPal in the past, where chargebacks are not only common but also very difficult to challenge in the event of fraud.

It can be argued that blockchain’s irreversibility is one of the reasons it is such a secure technology. However, this unique property of the blockchain also has disadvantages. After all, blockchain users are only human, and mistakes are often made. The problem is that blockchain wallet addresses are essentially a long string of random numbers and letters, and it’s very easy to make a mistake when entering them manually. If an address is wrong and the transaction is confirmed, those funds either end up in the wrong wallet or are lost in the ether for eternity, never to be seen again.

A second problem arises from the complexity of DeFi, where users often engage in a series of cross-chain transactions. For example, they could borrow from a protocol on one chain and then bridge those tokens to another chain before depositing them in a liquidity pool. This is a three-step transaction that traders may engage in to take advantage of arbitrage opportunities, but such transactions come with risks should any of the steps in the process fail.

Why are blockchain transactions irreversible?

Transaction finality is an important design feature of the blockchain, necessitated by its decentralized nature. Unlike a bank transfer, which is performed by a trusted third party, blockchain transactions are processed by validators when consensus is reached between the various nodes that make up the network. Because the blockchain records are stored across multiple nodes, the distributed ledger is immutable, meaning it cannot be modified by a single node or user. If someone tried to change a transaction, the rest of the network would know and reject that change.

Blockchains are designed this way for security reasons, as they eliminate a problem known as “double spending,” where a user could try to cheat and use the same funds for multiple transactions.

So, due to the decentralization of blockchains, there is no way to reverse a transaction. Funds can only be returned if the person who received them chooses to return them. This can be problematic because if funds are sent to a complete stranger, that person may be tempted to keep them as they won’t have any problems doing so.

The problems caused by irreversible transactions

While many people see blockchain irreversibility as a good thing, it can also cause major problems if mistakes are made. There’s a strong argument that if cryptocurrency is to replace fiat as a mainstream payment method, people will need a way to reverse transactions if funds are sent to the wrong address.

Although most errors can be eliminated by simply copying and pasting addresses or scanning a QR code, these methods are not completely error-free. For example, it is possible to accidentally change the address after scanning. Alternatively, the sender could enter the wrong amount of coins to send. This happens more often than people realize because people often price things in US dollars or some other fiat currency and then send the equivalent amount in crypto. To send $50 in BTC, a user needs to transfer 0.0027 BTC at the current rate. But it’s all too easy to accidentally send 0.027 BTC ($500) instead.

It’s not just bugs that are a problem, however. Another big problem is hacked wallets. With traditional banking, users are assured that if their bank account is hacked and someone transfers money from their account, the bank will refund them the lost amount. This will not happen with blockchain transactions as there is no central body that can issue the refund. Safety is the sole responsibility of the individual user. So, if your wallet somehow gets compromised, you can almost certainly say goodbye to the funds in it forever.

Why a safety net is needed

It is clear that many people will benefit from the ability to reverse blockchain transactions. However, the difficulty is enabling this in a way that does not compromise blockchain security. If someone can send payment for goods or services and reverse that transaction after the product is delivered, crypto loses all credibility and nobody will use it anymore.

It’s a tricky problem to solve, but there are some very smart people who have already found a solution. A good example is the t3rn protocol, which has developed a platform that executes smart contracts with a built-in failsafe mechanism to ensure complex transactions are either processed correctly or completely rolled back in case of problems.

T3rn does a good job of illustrating how its failsafe mechanism works in this blog post. Imagine a user plans a five-step transaction bridging tokens from Ethereum to Polkadot and then to Moonbeam, with various additional swaps and deposits along the way. These types of transactions are usually performed by DeFi traders, but they can cause problems if the user doesn’t have enough coins in their balance to pay the gas fees for each transaction. Should they run out of gas on step three or four, the tokens will remain on that step, giving the trader a major headache. They will almost certainly miss every arbitrage opportunity they were hoping to take advantage of.

The great thing about t3rn is that it allows users to compose complex transactions through a simple interface, where each of the steps is arranged chronologically. The protocol also supports multiple wallets, including MetaMask, Ambire Wallet, and others.

Paving the way for a larger adoption

The blockchain reversibility enabled by t3rn could well prove transformative for the crypto industry. It opens up the possibility for users to better protect their digital assets by introducing a security mechanism for every single transaction they ever make. If someone accidentally sends $500 worth of tokens instead of just $50, they now have a way to reverse that transaction and correct the mistake without relying on the honesty of the person who received the money.

Such a capability is an essential safeguard that will benefit regular users and DeFi traders alike, potentially instilling more trust in crypto overall. While blockchain transaction finality cannot and should not be sacrificed, people still need a way to avoid being penalized for honest mistakes. By providing this capability, t3rn could help engage the next generation of more cautious crypto users who need some sort of safety net.