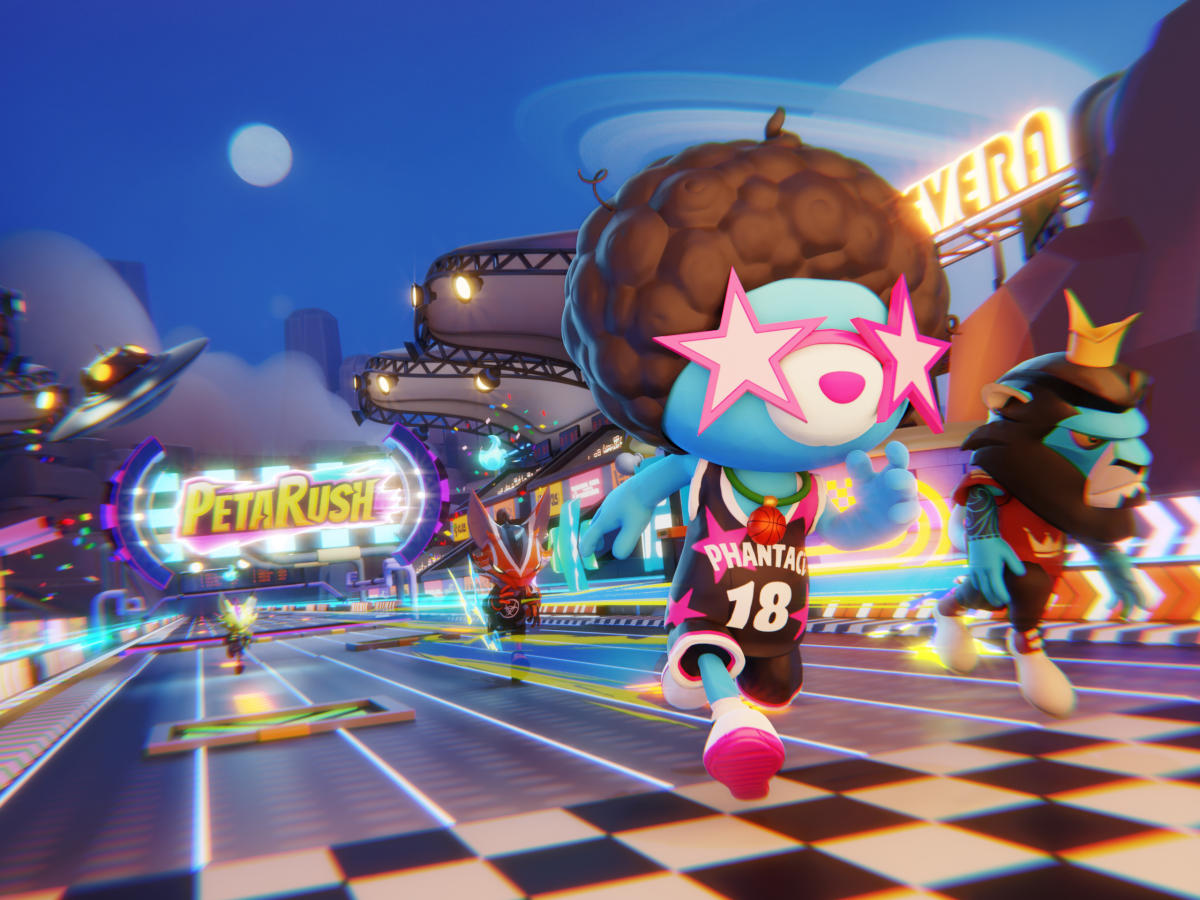 TAIPEI, TAIWAN – Media OutReach – September 21, 2022 – Web3 game PetaRush announced its collaboration with NFT project Phanta Bear. The two projects have jointly launched 10,000 Phanta Bear NFTs, which evolved from the 2D Phanta Bear into 3D designs to play in-game. This is the world’s first role interaction with multiple IPs in a game. All Phanta Bear NFT holders can get a brand new and unique 3D Phanta Bear In-Game NFT to use in PetaRush game and participate in the new era of multi-IPs blockchain games.

PetaRush is a racing game based on NFT characters. The characters of the racers such as ions, cats, doves and foxes are depicted in a cyberpunk style. Each character will be randomly outfitted with six parts including a head, body, hands, feet, back, and accessories that correspond to exclusive skill combinations. Players compete against others in locations such as dunes, lakes, and volcanoes on Mars. Players can enhance their character’s skills and increase their competitive advantage through the Skill Enhancement and Character Cultivation features. Players who win the race can receive a PT qualification ticket equivalent to USDT as a reward.

To achieve the goal of this collaboration, the PetaRush team successively overcame three technical hurdles. First, the 2D version of Phanta Bear is mapped onto the 3D version. Second, the original Phanta Bear has no legs. PetaRush and PHANTACi are creating a new leg design to allow characters to walk in the game. Third, the Phanta Bear NFT will be published on Ethereum. The PetaRush team has released 10,000 unique 3D Phanta Bear game NFTs with their own BGM on the Binance chain through cross-chain empowerment. Through this cross-chain empowerment application, Phanta Bear owners can enter the Web3 gaming world and compete with PetaRush players. In the future, PetaRush will continue to expand the breeding feature, allowing NFTs from different IPs to breed new NFTs with higher rarity, bringing more fun to the Web3 gaming ecosystem.

Terry Yeung, the investor and publisher of PetaRush and CEO of Hong Kong Empire Technology Group, said: “NFT’s cross-chain and cross-IP application is the future of Web3 gaming. Blockchain technology provides a platform for the transfer of gaming assets and IPs, opening up more opportunities for the gaming industry. This time we have reached the two milestones “Multiple IPs” and “Cross-Chain Empowerment” once. We will continue to work with other big IPs. I also look forward to working with Phanta Bear and welcome more IPs to join our journey.”

Ric Chiang, Director of PHANTACi said: “We hope this partnership will surprise the Phanta Bear community. We continue to innovate and strive in NFT utilities. We are also actively looking for additional cross-border partners so that Phanta Bear holders not only feel honored to own an NFT, but also to be able to play and earn in real life. We look forward to meeting and racing with our owners at PetaRush!”

PetaRush’s in-game NFT, Peta, will begin minting the whitelist in October. Players can find whitelist information on the PetaRush Discord. PetaRush game closed beta testing begins in November. Players can use the NFT characters for in-game races and experience the new era of Win to Earn.

METASENS is a Web3 gaming platform funded by Hong Kong-listed Imperial Technology Group. It owns a Web3 gaming platform, an NFT marketplace and a variety of blockchain games with the governance token MSU along with the game token to build a sustainable token economy ecosystem. The METASENS team also provides technical support and guidance for the development and promotion of blockchain games. METASENS aims to provide an open GameFi platform and build a universal amusement park for gamers worldwide. METASENS website: https://metasens.com/

Check out the source version on newsdirect.com: https://newsdirect.com/news/petarush-partners-with-phanta-bear-to-launch-the-worlds-first-multi-ips-blockchain-game-372654623