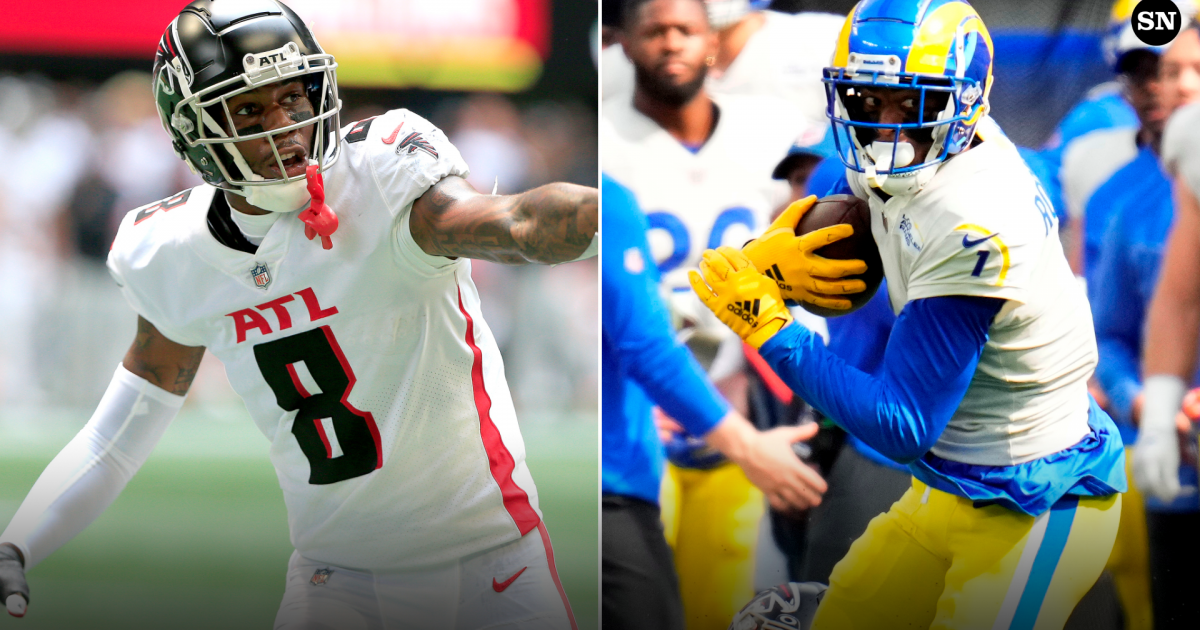 Trade talks in fantasy football leagues usually start heating up before week 3. Sure, many owners are still reluctant to take action this early in the season, but others feel they have a good grasp of their team’s needs and are keen to address their issues sooner rather than later. Regardless of your past tactics, you should always look for quality buy-low, sell-high guys and potential opportunities to improve your team. Luckily, Fantasy Pros is here once again to help with tips and trading advice in their Week 3 Stock Watch, which includes Joe Mixon, Kyle Pitts, Robert Woods, AJ Dillon and Clyde Edwards-Helaire among others.

The key to trading this early in the season is to offer relatively fair deals that meet the needs of both sides. Far too many owners make one-sided deals, trying to pawn their bank filler for a star who is slightly underperforming. It’s even worse when an owner treats a rising youngster like Jahan Dotson as if he’s just on the same level as someone like Deebo Samuel. Dotson is a nice player, but he should never be at the heart of a trade.

Even if you want to make a deal, you need to be aware that what looks like a position of strength in week 3 could be an area of ​​need in week 6. Once byes kick in and injuries mount, you never know how your team will be affected, so don’t sell one position to fill another, you’re getting exceptional value.

Keep in mind that trade values ​​change quickly, so don’t get too fixated on a specific goal. Keep up with trends and don’t be afraid to take advantage of a good offer. — Matt Lutowski

Joe Mixon, RB, Bengal. Mixon haven’t scored for the second week in a row, which may frustrate some Fantasy owners. Leave them alone – and take full advantage of them. For a second straight week, Mixon played 73 percent or more of Cincinnati’s offensive snaps. He totaled 22 touches last week, although the Bengals lagged throughout. His lack of reception and third-down work was completely exaggerated this offseason. Buy him while consensus is low on a 0-2 Bengals roster. The Jets in week 3 want to heal all wounds.

Kyle Pitts, TE, Falcons. Pitts was non-existent on the Falcons’ offense for two weeks, but the fact that Drake London was so prolific suggests this offense can support a viable fantasy weapon under Marcus Mariota. Buy cheap.

AJ Dillon, RB, Packer. Dillon led the Packers in goals (6) in Week 1, not Aaron Jones (5). Dillon also outscored Jones 15 to 8, continuing last season’s usage trend. Jones’ production will rely heavily on him as a receiver off the backfield. My advice would be to sell Jones after a full week of production and buy Dillon before the market realizes he’s the traditional goal-line duty RB1 on the Packers offense. That peak week came in Week 2 when Jones faced the Bears, but again the use here. Snaps were again 50/50 with Dillon, and the younger defender had more carries (18 vs. 15) and the same number of targets (3).

Allen Robinson, WR, Rams. Robinson was again heavily involved in Week 2 from a time play perspective for the Rams, posting a 90 percent snap percentage. He converted his routes into five goals and four catches for 53 yards. A-Rob scored once and another was removed due to a (very) late timeout. There was a clear attempt to put the ball in the red zone for him, but I’m still concerned that he only managed a 14 percent goal share. He has the TD advantage on a high-profile Rams offense, but I’d just capitalize on that if you’re selling him high after a week of hitting.