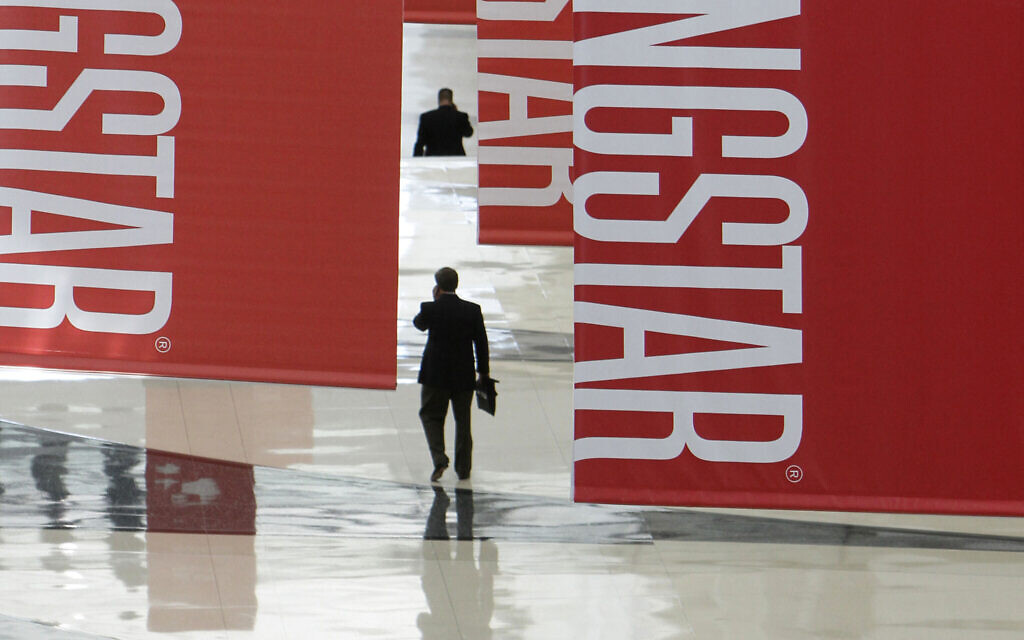 South Carolina’s Treasurer on Wednesday threatened to cut the state’s ties with billionaire investment firm Morningstar over alleged anti-Israel bias, which is part of an ongoing offensive by Republican officials against the company.

Republican leaders have repeatedly accused Morningstar of supporting the anti-Israel Boycott, Divestment and Sanctions (BDS) campaign, which is against the law in some states due to the conduct of one of its subsidiaries, Sustainalytics.

In response, the company has investigated anti-Israel bias at Sustainalytics, taken action to address the issue, and repeatedly denied any support for BDS.

The Republican campaign is also linked to the party’s opposition to environmental, social and governance (ESG) investing, an industry trend that the GOP believes is sacrificing business interests for leftist politics. Sustainalytics offers ESG guidelines.

“We require proof that Morningstar meets the legal requirements,” the letter reads. “Without proof of conformity, the [State Treasurer’s Office] will choose to terminate the service.”

On Thursday, Loftis said it would suspend annual rating calls with Morningstar to demonstrate “solidarity with Israel.”

“Our state does not support companies involved in Israel’s boycott, divestiture, or sanctions,” Loftis said.

“As such, we are not prepared to do business with Morningstar until we can be certain that their decisions are based on sound financial data and investment guidelines, and not on a radical agenda unrelated to the Treasurer’s fiduciary responsibility,” he said .

Loftis and the South Carolina Attorney General both signed letters to Morningstar with other Republican officials calling for action to be taken against the firm’s alleged anti-Israel orientation.

The Republican attack on Morningstar highlighted the growing role of corporate investment in the US Israeli-Palestinian dispute, the pitfalls of progressive corporate activism and overlapping US political interests.

The struggle began in 2020 when Morningstar announced its plans to acquire Dutch company Sustainalytics, one of the leading companies that ranks companies on their social responsibility. Some investors have increasingly paid attention to such ratings for ESG-managed investments.

Morningstar denied the allegation, but hired an outside law firm to conduct an investigation into the matter after a protracted dispute with pro-Israel advocates. In June, Morningstar released the findings of the probe and said it would shut down Human Rights Radar after the review found it had been “biased” against Israel.

Morningstar said the report, by law firm White & Case, found no evidence that Sustainalytics products recommended or encouraged a divestiture of Israel, and there was no evidence of pervasive or systemic anti-Israel bias in Sustainalytics products. However, it found that the Human Rights Radar product “exposed a bias in its results by overrepresenting firms associated with the Israeli-Palestinian conflict.” 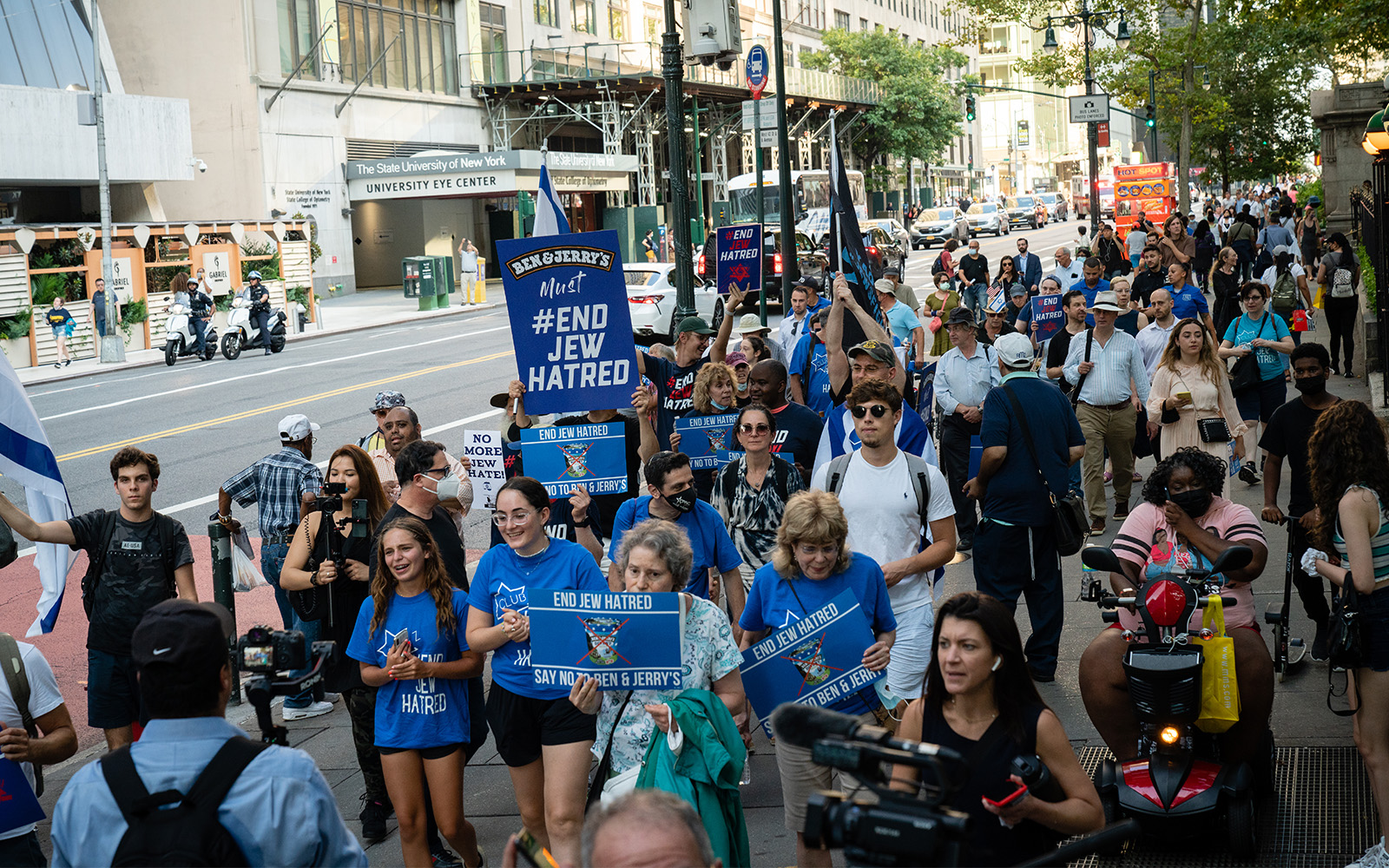 Pro-Israel demonstrators protest against Ben and Jerry’s over its boycott of the West Bank and anti-Semitism on August 12, 2021 in Manhattan, New York City. (Luke Tress/Flash90)

The report also found that Human Rights Radar “sometimes used inflammatory language and failed to provide clear and consistent source attribution.” It said the product linked broadly all business done in Israel’s “occupied territories” to human rights abuses and considered the Golan Heights, Gaza and East Jerusalem to be occupied. Sustainalytics also obtained sources from groups that are very critical of Israel.

Morningstar also acknowledged that it had treated concerns “overly disparagingly”.

As a result, Morningstar said it was dropping Human Rights Radar and working to make Sustainalytics more transparent.

Morningstar initiated the review weeks before the Illinois Investment Policy Board was scheduled to add the company to its blacklist, which would have prevented state pension systems from investing in Morningstar.

Earlier this month, Morningstar sent the Times of Israel a document containing its positive reviews of Israel and Israeli companies, and denied any support for BDS.

Despite the changes, Jewish groups and Republican state officials have continued to pressure Morningstar over the matter.

And 19 attorneys general announced an investigation into Morningstar and Sustainalytics for “alleged consumer fraud and unfair trade practices” in response to allegations of anti-Israeli bias. 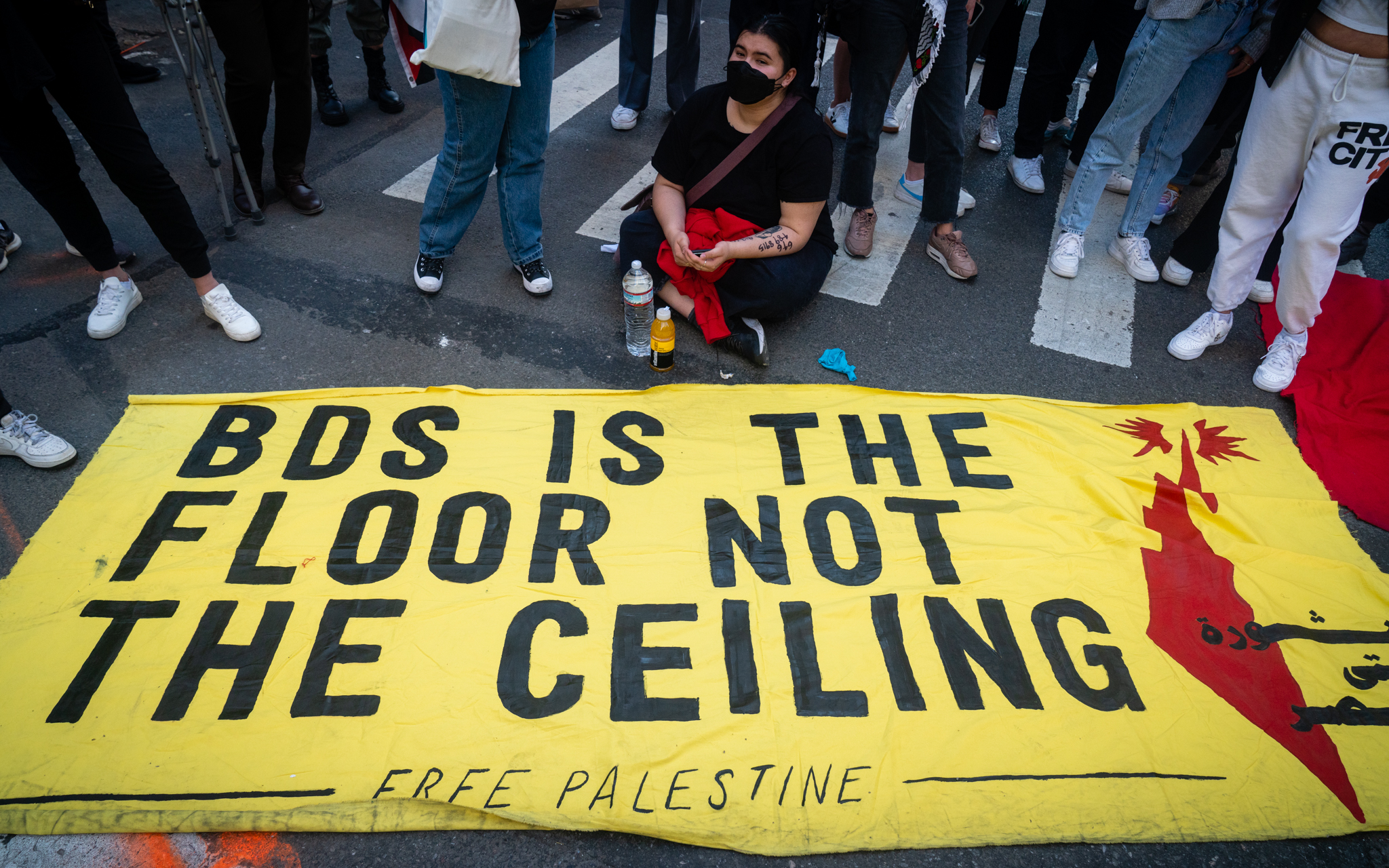 The effort is part of a larger campaign against ESG-driven investing by Republicans. The letter to Kapoor was spearheaded by the State Financial Officers Foundation, a Republican group that supports free markets and has opposed ESG investing, including by condemning the withdrawal of funds from fossil fuel companies.

Also in July, after Morningstar published its review, dozens of Jewish and pro-Israel groups signed a letter to the company calling for further action. The letter praised the company’s investigation but said it revealed a deep-rooted bias at Sustainalytics.

Morningstar is a large financial services company based in Chicago. It provides investment research and management products, employs over 9,000 people and has a market capitalization on the Nasdaq exchange of over US$9.5 billion.

Unilever reached a settlement with Ben & Jerry’s Israel earlier this year amid mounting financial pressures, but after that deal was announced, Ben & Jerry’s sued Unilever.

Unilever and Ben & Jerry’s both have embraced socially responsible images, and the lawsuit between them was an unprecedented legal battle between a major US corporation and its parent company. The tangled case was a thorn in Unilever’s side and highlighted both the difficulty of imposing economic boycotts intended to isolate Israel and the risks of corporate activism for big companies.