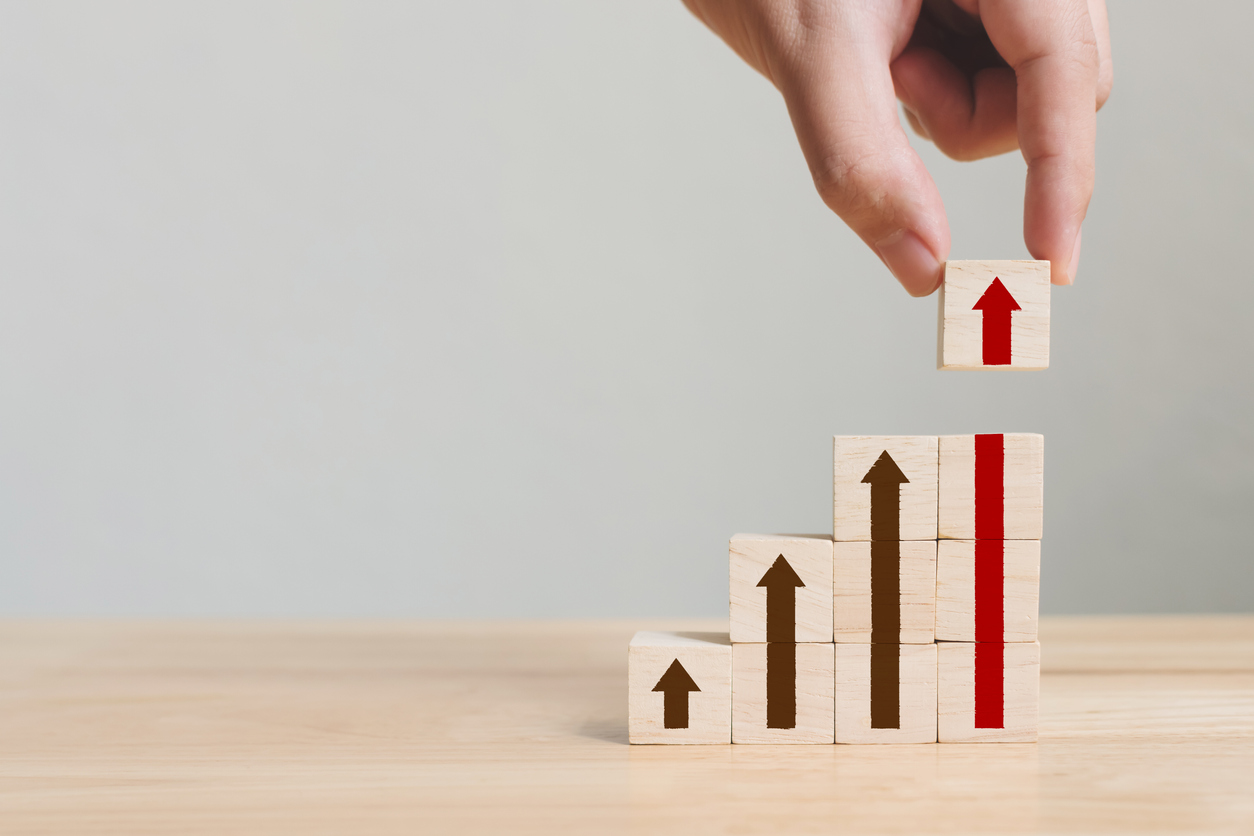 A newly released report from global consulting firm BCG and ADDX, the digital private markets exchange, predicts that asset tokenization will become a $16.1 trillion business opportunity by 2030. This growth comes as the crypto winter prompts capital to focus on more viable blockchain use cases.

Assets fractionated and tokenized on platforms like ADDX can reduce the minimum investment size from millions of dollars to just thousands of dollars. Previously, such systems were only available to institutions. Tokenized investing can also be virtually “borderless,” allowing investors around the world to invest in markets they previously had no access to.

Asset tokenization refers to the creation of tokens on a blockchain to represent an asset to enable more efficient transactions. Historically, many assets worldwide have been held in illiquid formats, with previous studies estimating the proportion of illiquid assets at more than 50% of total assets. Illiquid assets face challenges such as imperfect pricing and trade discounts compared to liquid assets, the report said. Tokenization creates liquidity by facilitating asset distribution and trading among investors.

The BCG and ADDX report lists five signs that asset tokenization may be on the verge of widespread global adoption:

While the concept of asset fractionation has been around for some time, its impact has been felt primarily in the public markets, with structures such as fractional shares, ETFs5 and public REITs6. There has been a significant turning point in recent years with the emergence of asset tokenization players applying blockchain technology to private markets and alternative assets. 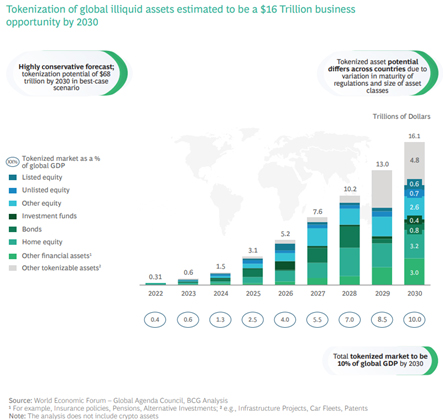 In anticipation of broader adoption of asset tokenization, the report makes several recommendations to current and potential stakeholders. For example, financial institutions might consider finding ways to pilot and deploy asset tokenization projects by updating existing business models rather than trying to replace them.

Developers could design standard architectures and protocols to ensure an easier and more seamless entry into the world of tokenization. Firms should also work to improve their clients’ financial literacy to help them understand tokenization as well as the underlying asset classes to which it provides access. Regulators could set up sandboxes to encourage innovation and set clear rules for tokenization while overseeing how tokenization might affect investor and consumer protection and market integrity, the report said.

Sumit Kumar, Managing Director and Partner, BCG South East Asia, said: “Crypto winter has tightened wallets for the entire blockchain sector. Some Web3 companies will be adversely affected. But projects that show inherent value, scalability, and the potential to enhance the traditional financial ecosystem could actually benefit against this new backdrop. Our analysis shows that asset tokenization projects could develop strongly. They are more likely to demonstrate viability in this capital-constrained environment and are therefore better positioned to attract the attention of investors who still have a sizeable stash of dry powder to deploy. This report predicts that even using a conservative methodology, asset tokenization would represent a $16.1 trillion business opportunity by 2030. At best, that estimate is $68 trillion.”

Oi Yee Choo, CEO, ADDX, said: “Asset prices can only rise to their true economic value if barriers to investor participation and ownership transfer can be lowered. For years, the technology to overcome these barriers was expensive and therefore only available on public exchanges. Blockchain is game-changing because it can be cheaply applied to private markets and alternative investments, where the number of investors is smaller, albeit wealthier, and the products are more bespoke. The result should make our hearts beat faster: assets can be liquid for both public and private markets. The potential economic benefits are significant. Recognizing assets for what they are really worth should lead to more investment and better capital allocation, which in turn will create economic growth and jobs. The real winner here is the real economy.”

Relevance of on-chain asset tokenization in the crypto winter

And get exclusive articles on securities markets