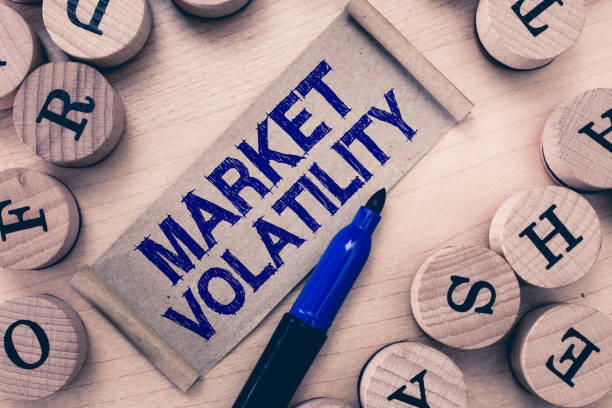 A busy week for central banks ends with numerous rate hikes and rising prospects of slowing growth, leaving investors in bad taste. But the week is not over yet. The Italian elections due on Sunday are likely to put further pressure on the euro.

What a busy week

We’ve had a tsunami of central bank decisions this week and plenty of surprises.

Sweden’s Riksbank was the first major central bank to surprise with a 100 basis point rate hike.

The US Federal Reserve (Fed) made its third hike of 75 basis points. But the dot plot pointed to another jumbo hike before year-end. We end the week with a near 75% probability of a fourth 75 basis point hike in November.

The Bank of Japan (BoJ) left interest rates unchanged at -0.10% but intervened directly in the FX market to buy yen to fend off the strengthening dollar as USD/JPY hit the 145 level. It was the BoJ’s first currency intervention since 1998 – to tell you how frustrated policymakers were with the dollar’s rally. The pair moved to the 140 level and then rallied above 142. However, we are not sure how long the BoJ could counteract the yen weakness and how much it could ease the pressure on the yen as we know that Japan is at conducting an increasingly isolated is ultra-loose monetary policy. In fact, Japan is now the only country still offering negative yields on its bonds, down from 21 in May 2020. So you can bet that the pressure on the yen will remain strong. But BoJ intervention is likely to cool JPY bears as the threat of a sudden and sharp yen appreciation will help tame speculation against the Japanese currency.

The Swiss National Bank (SNB) hiked interest rates by 75 basis points yesterday, but the Swiss franc was hit hard as traders appeared to be anticipating a second monthly surprise – which didn’t happen. Dollar Swiss rallied to 0.9850 while Euro Swiss hit 50-DMA before bouncing back. Despite the negative knee-jerk reaction, the restrictive change in SNB policy should continue to have a positive impact on the Swiss franc. On the equities front, the strong franc is likely to continue to pressure Swiss exporters and push Swiss equities lower. The SMI lost 1.26% yesterday, slipping below summer lows. We are now at levels last seen in December 2020 and it is only a matter of time before the index breaks below the psychological 10,000 mark.

The Bank of England (BoE) opted for a 50bp hike combined with £80bn of quantitative tightening and said the UK is now in recession. Officials said the huge energy package to curb energy costs would “likely limit significantly” the positive pressure on inflation. They revised their highest inflation expectation for this autumn up from 13% to 11%. But they also said: “While guaranteeing energy bills lowers inflation in the short run, it also means that household spending is likely to be less weak…this would add to inflationary pressures in the medium term.” The pound continues its race to the bottom. Cable tested 1.12 support post BoE and 1.12 support may be pulled back today with what they call a mini-budget announcement. But the mini budget really has nothing mini. The UK government is set to launch a £200bn spending package. The government will announce how it will fund this huge spending. Politicians hope the tax cuts will boost the UK economy, increase revenues and prevent a massive increase in public debt. Although it sounds crazy, it is theoretically possible. According to the Laffer curve, there is an ideal tax rate above which individuals will stop working in order to pay less tax. So if the UK is above the ideal tax rate, a cut could actually help replenish government coffers. But I’m not sure investors will be so relaxed about the massive spending package. Rather, we will see UK yields continue to rise. The 10-year Gilt yield is now at 3.50%, compared to near 0 at the start of the year.

Norges Bank also raised interest rates by 50 basis points but signaled that tightening may be coming to an end. Indonesia and the Philippines were also up 50 basis points. Taiwan rose a modest 12.5% ​​as expected, Vietnam opted for a 100 basis point hike, South Africa rose 75 basis points.

And Turkey… cut its interest rate by 100 basis points for the second straight month! USDTRY advanced to 18.40 but the move was contained as the central bank sold more dollars. Anyway, the BIST index rose 1.50% yesterday, while sentiment elsewhere was rather dour.

We saw the S&P 500 slip to 3750 while the Nasdaq fell more than 1% to 11500. The barrel of US crude rallied to $86 but top sellers quickly rushed in to push the price down to around $83 amid looming recession concerns. FedEX, which shook markets last Friday with its warning of slacking demand, said it would hike rates on its express, ground and home delivery services by nearly 7% from January, reduce flight frequencies and suspend certain Sunday operations.

to the Italian elections

EURUSD tested 0.98 support yesterday and remains under pressure ahead of Sunday’s Italian elections. The polls give more chance of a right-wing victory as the right could join forces and Berlusconi is back in the headlines, while the left’s ineptitude means they have no chance of winning this Sunday, experts say. As a result, the far-right Fratelli d’Italia party is expected to win a majority of the vote on Sunday, and the vote will be a major political shift for Italy – a key country for the EU – rather than to the right’ direction.