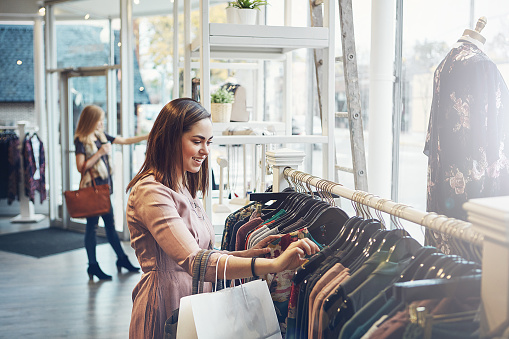 Yesterday, The markets entered calmer waters after the massive sell-off in both bonds and stocks triggered by higher-than-expected August inflation data from the US released on Tuesday. Yield moves were much more moderate compared to Tuesday. Even so, another curve flattening (EMU)/inversion (US) shows that markets are adjusting to the notion that central banks won’t be slowing down their anti-inflation crusade any time soon. The US two-year yield rose another 3.2 basis points. The 30-year-old fell 2.9 basis points. A 75 basis point hike is fully priced in for next week’s FOMC meeting. The market sees about a 1 in 3 chance for the Fed to increase the pace of rate hikes to 1.0%. The German curve showed a similar picture, with the 2-year adding 2.9 basis points. The 30-year yield fell 4.7 basis points. Eco data was only secondary yesterday. EU President Ursula von der Leyen presented some options on how Europe could deal with the impact of high energy prices on the economy in her State of the Union address, but the message was not specific enough to impact markets. Equities presented a mixed picture. After Tuesday’s WS sell-off, the European indices still suffered a number of consequential losses (EuroStoxx50 -0.52%). However, US indices closed in green (Dow +0.1%; Nasdaq +0.74%). After all, profits were limited given Tuesday’s big loss. The dollar also took a breather. DXY closed near 109.66 (from 109.82). USD/JPY exited the 145 area (143.08 close) as the Japanese authorities signaled high alert for further yen weakness which could translate into FX intervention. After Tuesday’s setback, EUR/USD has been hovering near parity without much clear direction (near 0.9981). Sterling slightly outperformed the euro (EUR/GBP closed 0.8648) after UK inflation came in close to expectations at 9.9%.

Sentiment in Asian markets remains indecisive this morning. Most indices are trading little changed, with China underperforming. US yields continue to rise, as does the dollar (USD/JPY 143.65, EUR/USD 0.997). US data will take center stage again today with retail sales, weekly jobless claims, empire manufacturing survey, Philly Fed business outlook and US manufacturing data scheduled for release. The retail trade in particular has market-moving potential. A drop in gasoline prices is expected to curb headline sales. However, core sales (control group expected at 0.5% m/m) are still expected to show decent growth. Retail sales are a notoriously volatile streak. Still, signs of resilience in global demand could reinforce the notion that the Fed has more work to do. As such, good retail sales are not good news for risk sentiment. The DXY USD index settled in an ST consolidation pattern between 107.60 and 110.32. We see the risk of an uptest. After EUR/USD returned below parity, the 0.9864 low could reappear on the radar.

Australian employment grew 33.5k in August, matching consensus estimates of 35k and erasing some of July’s losses (-40.9k). Despite job growth The unemployment rate rose to 3.5% from a 48-year low of 3.4%. It follows that the activity rate has increased from 66.4% to 66.6%, increasing the number of people in work. It is expected that incoming migration could extend this trend further, potentially reducing wage and thus inflationary pressures over time. Today’s data should strengthen the RBA’s argument to slow the pace of tightening by 50 basis points after four consecutive rate hikes. Markets are looking at a 60-40 chance for a 25 or 50 basis point hike at the Oct. 4th meeting. Australian swap rates are up between 3.2 and 5.1 basis points this morning. Aussie dollar is up slightly against the dollar (AUD/USD 0.675) but remains close to two-year lows.

stay down GDP growth in New Zealand rebounded by 1.7% q/q in the second quarter of this year after declining by 0.2% in the first quarter. The Kiwi economy is now 0.4% larger than a year ago. Both the quarterly and yearly numbers beat estimates. Thisservice industry (2.7%) Leading growth, driven sectors benefiting from tourism. These include accommodation and food services (30% q/q), arts and leisure (19.9%) and transportation services (19.7%). Manufacturing industries shrank sharply as manufacturing slumped 5.9%. on an expense basis, exports of services was a big increase (60.7% qoq) but household spending was weak (down 3.2%). The New Zealand dollar edged up slightly this morning but already off intraday highs. NZD/USD continues to test key support at 0.60..