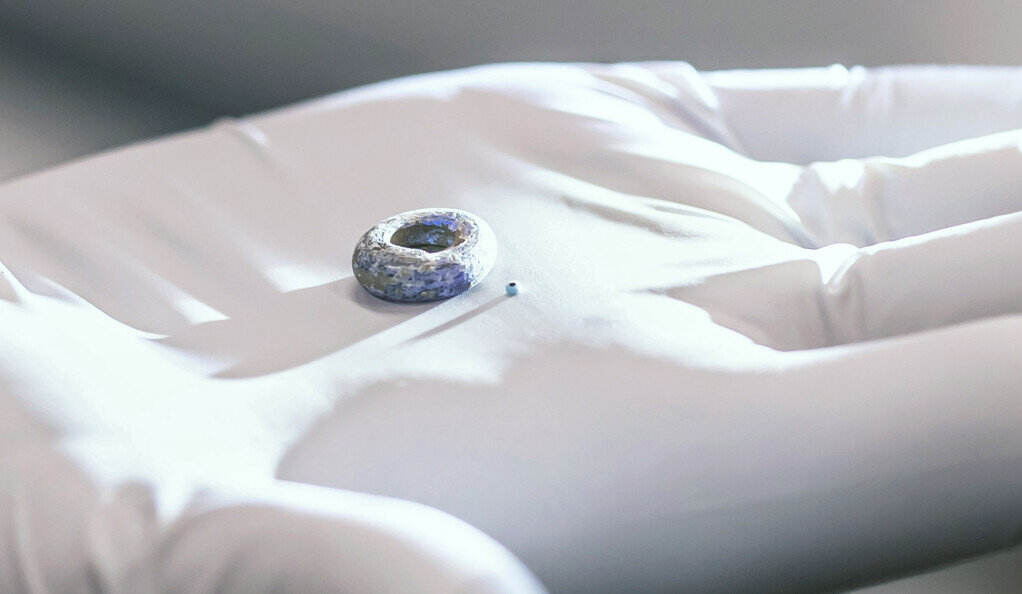 Tiny glass beads discovered in mountain caves about 25 miles from the shores of Lake Malawi in east-central Africa provide evidence that European trade in the continent’s hinterland was built on indigenous coastal-inland trade routes that had existed for centuries, a study published co-authored by Yale anthropologist Jessica Thompson.

The beads are also artifacts from a time in the 19th century, when increased European political and economic interest in the region influenced trade between Indian Ocean traders and communities in interior Africa, Thompson said.

The study published in the journal African Archaeological Report, is based on a collection of 29 glass beads excavated in 2016-2019 from three sites in the Kasitu Valley of northern Malawi, more than 400 miles from the east coast. An analysis of the elemental composition of the beads showed that all but one of them were made in Europe using glass recipes that were in vogue around the mid-19th century. The exception had a composition typical of glass beads made in South Asia from the 15th to the 17th centuries.

The origin of the beads indicates that the people of the region traded either directly or indirectly with Europeans before the latter group had a presence in what is now Malawi in the second half of the 19th century.

This trade was most likely associated with increased trade in raw materials such as copal gum – a resin used in the lacquer industry – and ivory, which was valued in Europe and North America. It also likely involved the capture and transportation of enslaved people, who were taken in chains to spice plantations on Zanzibar and other Indian Ocean islands, Thompson said.

“It’s a dark story,” said Thompson, an assistant professor of anthropology in Yale’s Department of Arts and Sciences and the paper’s senior writer. “Traders in the Indian Ocean had access to European goods like these little pearls, which they could barter for high-demand items in distant locations — a history of exploitation deep in Africa that continues to this day. And in the mid-19th century, slave trade throughout East Africa that would continue for several more decades.”

“Some were so tiny that we didn’t know we were looking at pearls when we first found them,” she said. “They just look like little brightly colored spots.”

Thompson and her other co-authors teamed up with Laure Dussubieux, a senior research scientist at the Field Museum in Chicago, who analyzed the composition of the beads using a technique called inductively coupled plasma laser ablation mass spectrometry. Essentially, the beads were zapped with a high-energy laser to determine their elemental composition without damaging them, Thompson said.

It was the first time this technique was applied to glass beads unearthed in Malawi, where thousands of glass beads have been discovered at dozens of sites since 1966.

The researchers used the chemical composition of the beads to identify their origin. For example, five red-on-white beads in the study contained high levels of arsenic, which was used in 19th-century European recipes to opacify glass. According to the study, these beads were probably made in Venice, which was the center of the European beading industry in the 19th century.

They were made around the time the Scottish missionary David Livingstone was making maps of the African interior and encouraging the people of Britain to take a greater interest in east-central Africa. (The British eventually established a government in Malawi, which became an independent country in 1964).

A single bead obtained from one of the sites was the only non-European specimen in the collection. Its composition is consistent with pearls produced in Chaul, a former town on the Indian coast of Maharashtra, from the 15th to the 17th centuries, meaning that it likely entered the East African interior hundreds of years before European pearls, concluded the researchers.

Two cowrie shells, abundant in the Indian Ocean and used for currency and jewelry, were discovered at a fourth site that contained no glass beads. Radiocarbon dating found the shells to be between 1,341 and 1,150 years old, suggesting the glass beads of European and Indian origin made their way to inland communities via long-established trade networks, Thompson said.

“This tells you that people were already trading along very complex routes from the Indian Ocean, across mountains and around lakes to inland communities at least 1,000 years before Europeans began to record their experiences in the region,” she said . “Newcomers to Africa took advantage of trade routes created by long-term indigenous interactions.”

“It’s not just a story of Europeans arriving and distributing their goods to people in central Africa,” she added. “The people who lived there traded goods from the Indian Ocean in well-established and productive ways for centuries. Our work shows how archeology and artifacts can reveal important information that would remain hidden if reliance was placed solely on written accounts.”

This document is protected by copyright. Except for fair trade for the purpose of private study or research, no part may be reproduced without written permission. The content is for informational purposes only.